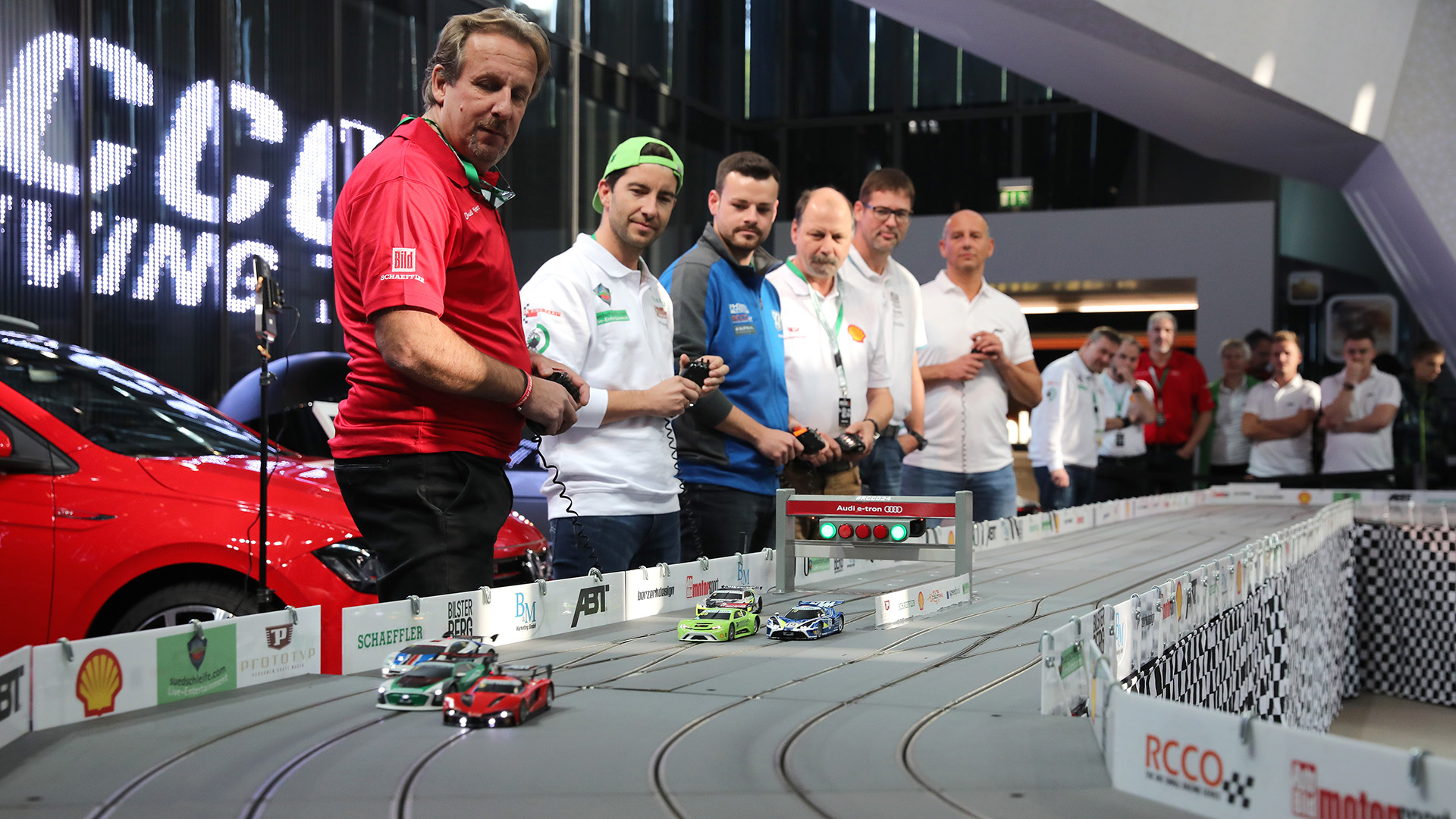 After a two-year break due to COVID-19, the "big small" racing series RCCO will return with its famous 24-hour race #RCCO24 during the World eX Summit. The race has been staged for the first time in 1991 and this year's edition will be the 28th running of the probanly craziest 24-hour race in the world.

Six teams will compete with six brand-new identical 1/24 scale eX ZERO slot cars developed by Michael Niemas and Fola Osu. The teams include real-world drivers like Frank Biela or Ellis Spiezia, esports racers like Lasse Sørensen and Devin Braune (both race winners in the World eX Championship) and some of the world's best slot racers.

The race is staged on a modular digital Slotfire track. Six cars will run on three lanes with digital switches with allows the most exciting form of slot car racing.