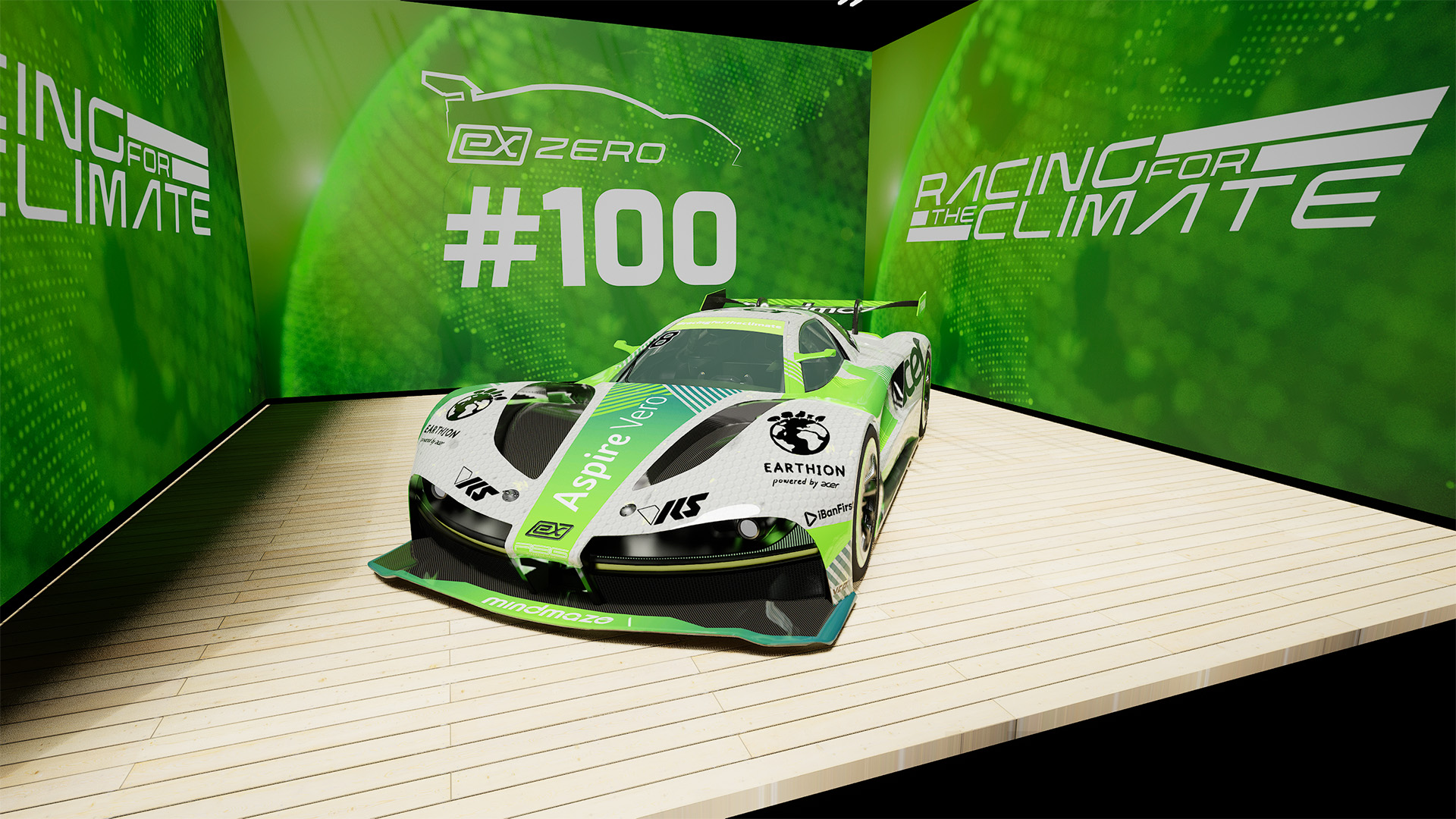 The 2022 Indy eX Prix on November 22 will be presented by ACER VERO R8G promoting Acer Earthion. And it is a nice coincidence that the esports racing team of IndyCar star Romain Grosjean will be competing with a very special eX ZERO: We are celebrating the 100th officially licensed eX ZERO since we’ve started the World eX Championship and #racingfortheclimate.

Our officially licensed cars all have unique chassis numbers and are set to become digital collectibles in the future. ACER VERO R8G has decided to slightly change their liveries for the Indy eX Prix promoting the Acer Earthion program instead of Acer Humanity. And in our virtual world new liveries are equivalent to new chassis numbers.

The eX ZERO is our very own digital all-electric hypercar which was launched back in 2000. “ZERO” stands for zero emission. The eX ZERO has two electric motors generating 1,000 hp from a 85 kWh battery which currently is good for 15 minutes of flat-out, electrifying racing. Right now, the eX ZERO is exclusively available on rFactor 2 but we are open to other platforms.

Find out more about all eX ZERO prototypes created so far