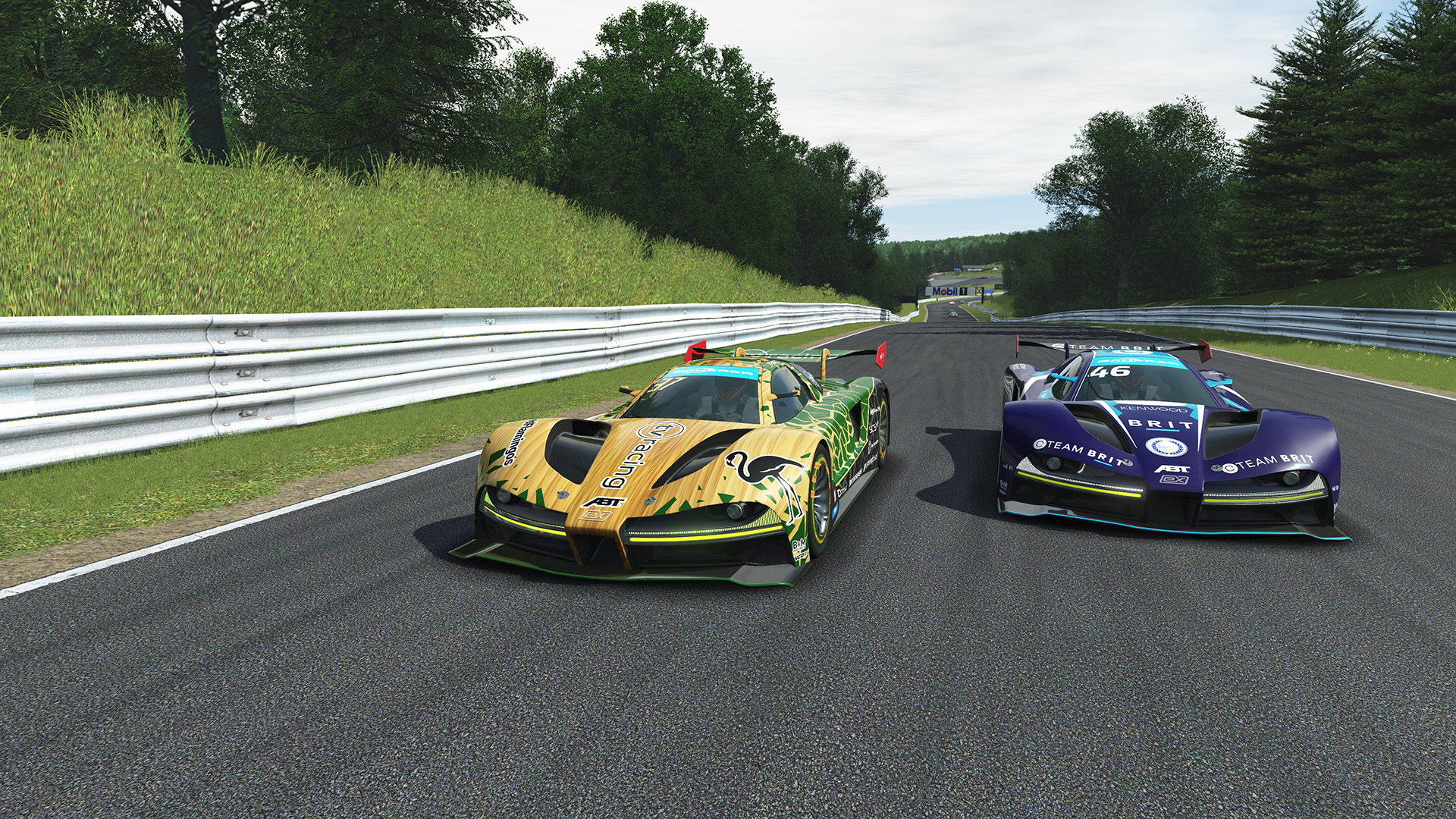 Wins for Martin and Walter

The eTeam BRIT driver achieved his first pole position in the networking esports racing series beating defending champion and championship leader Julius Martin by 0.087 seconds. Overend was leading Race 1 before small mistakes allowed Steffen Walter and Julius Martin to pass him. Steffen Walter looked set to score the first victory of the season for tv racing before crashing out of the lead on the second last lap when he went he went hard over the kerbs exiting the chicane and losing the control about his eX ZERO.

The accident allowed Julius Martin to score his second win of the season ahead of Chris Overend and Walter’s team mate Thomas Voigt who finished third overall and won the AM class after passing bspowersports’ Björn Skottke on the second last lap. Skottke was the only driver of his team enjoying a trouble-free race while all his teammates crashed on the first two laps.

Steffen Walter scored a lights-to-flag victory in the reverse-grid Race 2 taking advantage of his front-row start. But the German had to fight hard for his first win since exactly one year as Chris Overend came from ninth on the grid to catch Walter with just two laps to go. Walter tried to save his tyres and was able to fend off the attacks of the Brit to win Race 2.

Julius Martin was able to take P3 away from AM winner Jan Sellner right at the finish line while Thomas Voigt finished fifth. The tv racing driver had run third for many laps but was not able to find a way past Sellner and instead got passed by Overend and Martin.

Martin extended his lead in World eX Bizz with Chris Overend now in P2 28 points behind. Markus Martin continues to lead the AM class in P3 overall.

Next on the World eX Bizz schedule is Kyalami in South Africa on December 6.