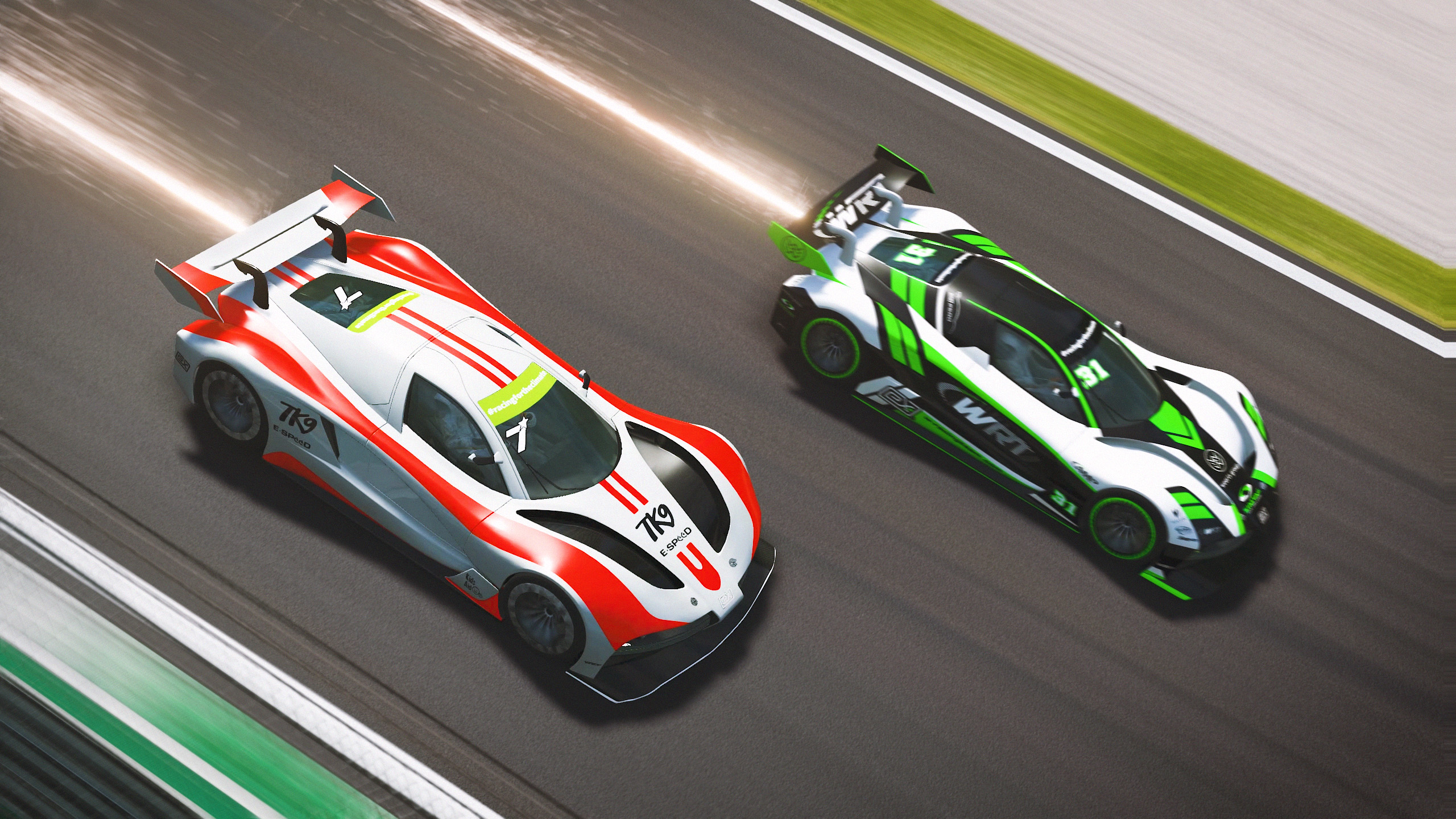 TK9 E-SPeeD’s Lasse Sørensen scored his first victory in the World eX Championship since May, defeating Esports Team WRT’s Devin Braune in a tense Final of the Italian eX Prix at Monza. Alen Terzic completed the podium in P3 with teammate Beitske Visier completing another strong performance for BS+COMPETITION in fourth place.

The Italian eX Prix was presented by NIANCO esports promoting the World Wildlife Fund and all four NIANCO cars finished in the Top 10 with Team Principal Nico Müller the best placed driver of his team in P5. NIANCO used their three cars for extensive slipstreaming in Qualifying which helped Julian Ammann to secure the third fastest time with Nico Müller starting Quarter Final 1 from the second row of the grid.

Müller’s home race did not start well at all when he touched Beitske Visser in Turn 1, dropping to dead last in the Semi Final of the PRO racing drivers. The Swiss was able to recover to fifth with a strong performance securing the last place for the Semi Final.

Starting from the last row, Müller advanced to P4 before being involved in a fierce battle with Beitske Visser who was able to pass the Swiss for good and secure fourth overall.

Lasse Sørensen won the Fastest Qualifier Award with a last-minute attempt in Qualifying. The Dane used the slipstream of is TK9 E-SPeeD teammate Oskar Kristensen on the main straight beating Devin Braune by 0.18 seconds.

Sørensen scored an easy win in the Quarter Final of the PRO racing drivers in front of Beitske Visser and World eX rookie Martin Ramp who showed strong pace in is first outing for Chinese team Absolute Racing.

The Quarter Final of the ESPORTS drivers was a thriller with a four-car fight for victory between Devin Braune, Alen Terzic, Martin Stefanko and Julian Ammann. The lead kept changing until the last lap before Stefanko went off in a spectacular fashion collecting also Ammann. Braune passed Terzic in the final corner and crossed the line just 0.042 seconds ahead of Terzic.

P3 was enough for Lasse Sørensen to proceed to the Final as the best PRO racing driver. The Dane played it safe in the Semi Final without any serious pressure from behind but made the decisive move in the Final right on lap one when he had a better exit out of the first chicane and passed Braune with a slight touch on the following straight. The WRT driver stayed in touch with Sørensen but a mistake in the Variante Ascari decided the race in favor of “Danish Dynamite”.

“Last time I tried to stay behind until the last lap and it did not really work out,” said Sørensen. “So I was thinking of just going in front and then see what happens. When you are in front you kind of just have to do no mistakes and wait for the car behind to make a mistake. And luckily that happened. I’m super happy for the win. Finally back again at the top step. That’s really awesome.”

Just two more races are scheduled before the title-deciding Super Final on the Nürburgring-Nordschleife. Next is the Indy eX Prix on November 22 presented by ACER VERO R8G promoting Acer Humanity.