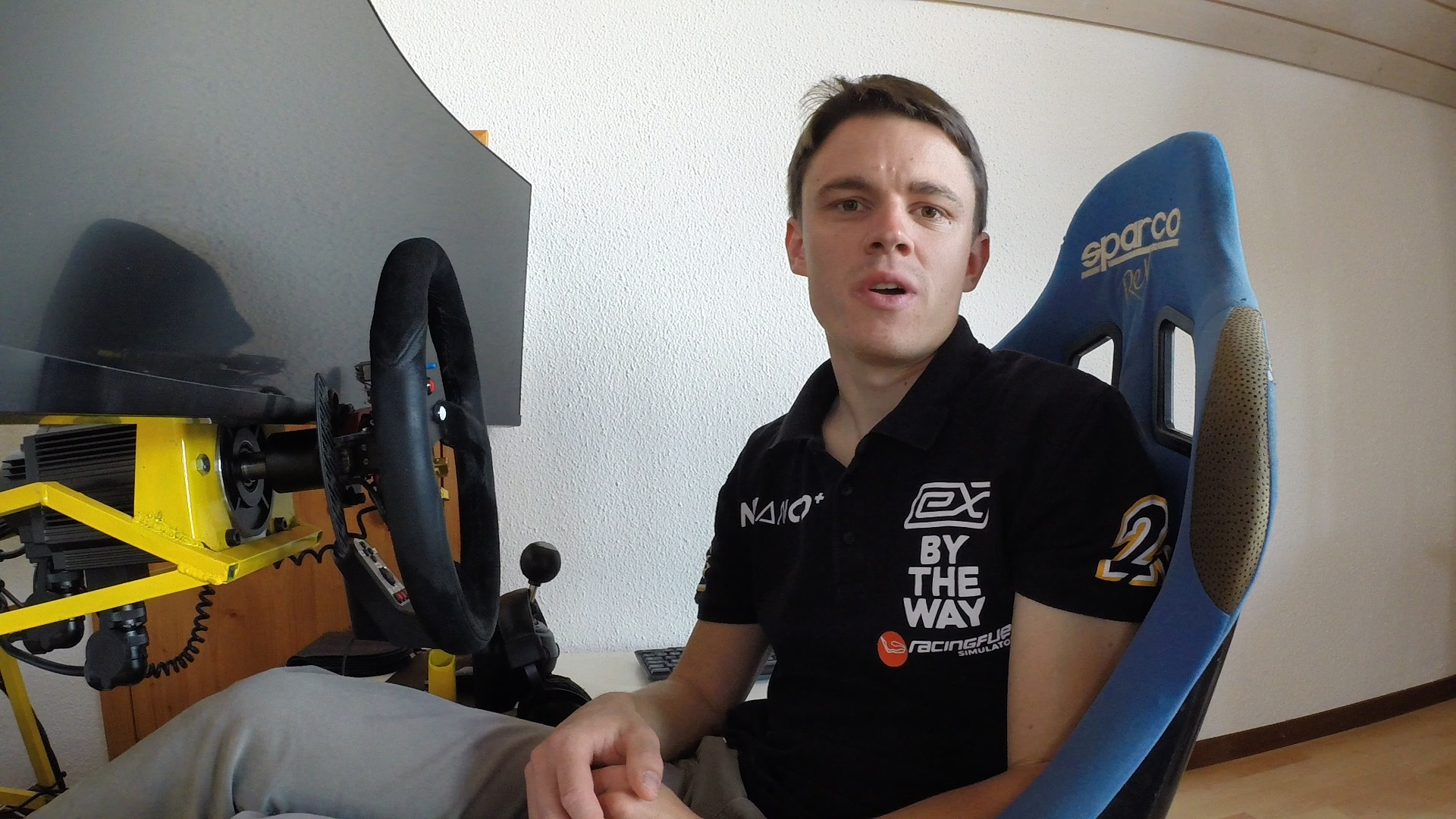 27-year-old Thomas Schmid has been with NIANCO esports right from the start. He is the lead ESPORTS driver of the Swiss World eX team and according to NIANCO founder Nico Müller an important pillar of the team. He will miss the Italian eX Prix but nevertheless we took the opportunity of the upcoming Italian eX Prix at Monza to speak to Thomas who has also experience in real racing.

How did you get involved in NIANCO esports?

I’m more or less since the beginning of NIANCO esports involved in this team. Nico (Müller) told me he’s trying to do a sim racing team and told me he needs a driver. I wasn’t in a team before and then for sure I had to say yes. So now I’m driving for Nico’s team, and it is quite cool.

Did you know Nico Müller in person before joining NIANCO?

I knew Nico before. On a sim racing event I raced against him. I could beat him. That was the first time I talked to him in person. And then more or less one year later, he asked me if I want to join his team. That’s the story.

Are your practicing only remotely or are you seeing the other drivers also in person?

Most of the time we train at home in our simulators and sometimes we see each other like when we go karting or do something different. But normally it’s just via Discord we talk to each other.

Do you also practice together with Nico?

Yes, not often but normally before the races and I’m always quite surprised how fast he gets into the simulator again and is very fast from the beginning. Because he’s really busy and he has not a lot of time to train.

Did you already have the chance to visit Nico at a real race?

So far I didn’t watch a race in person of Nico. It just didn’t work out so far, but for sure, one day I will watch – maybe Le Mans next year. That would be quite nice to see how he will perform there.

Are you happy with your progress in World eX so far?

My progress so far in World eX is not really great, I have to say. Last year I could make some progress towards the end of the season, but this season again at the beginning I was just missing some pace. That’s obvious. I have to work on that, but with some luck there is always a chance of a good result because of the quite cool format we have here. I just keep trying.

What was your best race so far?

My best race in the World eX so far was maybe this year in Malaysia. I had no expectations at all and I couldn’t train as I wanted. But then in practice and in qualifying my times were quite okay. Also with some luck I had a really strong Quarter Final. In the Semi Final I got spun around – that was a bit disappointing, but

that was from this season probably my best race so far.

Any chance to qualify the No. 28 car “Säntis” for the Super Final?

I don’t know if our 28 car will make it to the Super Final. Um, probably. This time Freddy Eugster is driving in Monza. His pace is a bit better than mine. If someone can do it, it’s him.

What makes World eX so difficult?

Driving the eX ZERO car is quite difficult because it has a lot of horsepower and four-wheel drive. It’s just so powerful and we don’t have crazy downforce. It’s quite difficult. But when you understand the car a bit it makes good fun.

Are you also doing other esports racing series?

You did also some real racing.

I started with 15 years with autocross, that’s more or less like rallycross. Then I started rallying. I was quite successful in the Swiss Junior Championship. The idea was to continue, for example, in the European Championship, but the funding wasn’t there. Since then it’s more or less no more real racing. I still do some autocross and I also drove Formula Student. It’s a smaller electric race cars built by students.

Did you ever think to become a professional racing driver?

For sure my dream is still to be a real racing driver, but it gets more and more and more difficult, but dies last and I will keep trying.

What are you doing for living?

I work as a civil engineer and I finished my studies last year. So now I’m working. I also do some part time jobs on the simulator side, like for one of our sponsors, RacingFuel Simulators. I’m there for development and also like building the simulators. We are just trying to do better and better with our simulators. So far the product is quite cool and we will continue like that.

What are you doing to save the climate?

I don’t do big things, but I think you have to do some small things that really matter like recycling. I also don’t just throw things away if something is broken. I always try to repair it and make it work again. Like that you can save a lot of resources and also some money. I think it’s the small things which in the end can make a big thing.