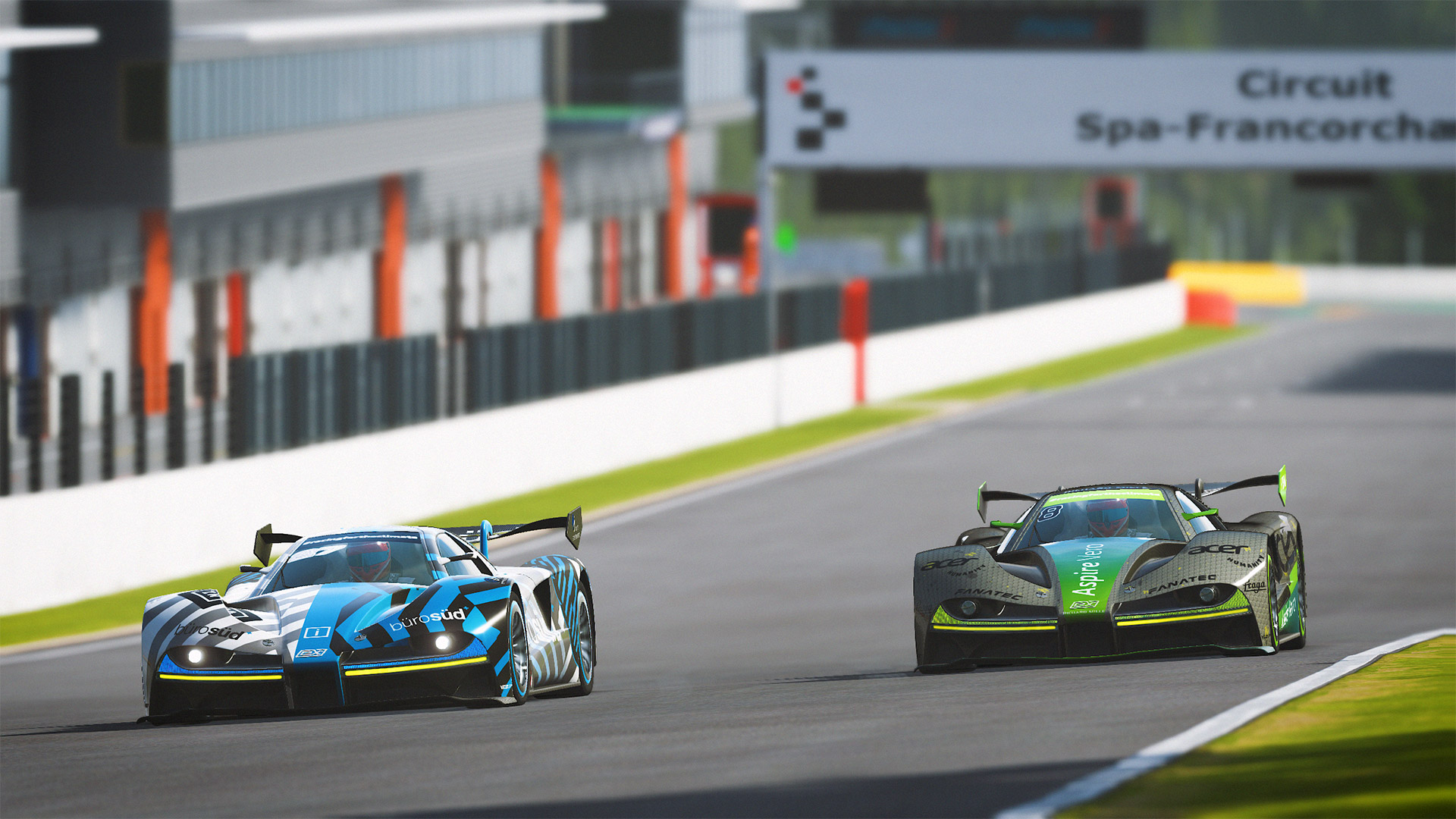 Romain Grosjean can be proud: His ACER VERO R8G esports racing team celebrated their third win in the 2022 World eX Championship when real-world racer Gordon Mutch won last week’s Belgian eX Prix at Spa. And what a race it was!

Gordon Mutch scored his maiden victory in the World eX Championship when he defeated Alen Terzic in the Final of the Belgian eX Prix at Spa-Francorchamps. ACER VERO R8G became the first team to have both of their cars qualified for the Final on December 13. This could give the French outfit a tactical advantage in the all-decisive two-lap shoot-out on the famous Nürburgring-Nordschleife. Watch the highlights

Gordon Mutch’s victory proved yet again that real-world racing drivers have a good chance to win races against the esports racing drivers in the World eX Championship. Mutch is the fifth PRO driver who has won an eX Prix following the victories of Lasse Sørensen, Phillippe Denes, Bruno Senna and Nicolas Hillebrand.

Esports Team WRT extended their lead in the World Champion courtesy of the fifth consecutive podium of Devin Braune and the team’s No. 31 ESPORTS entry nicknamed “Walter”. Standings

The Belgian Team was the Host Team of the Belgian eX Prix. It created a stunning art car for local hero Dries Vanthoor promoting the Drive Fast, Act Faster campaign. The three-time GT World Challenge Sprint Champion showed a strong pace and ran ahead of eventual winner Gordon Mutch in the Semi Final before a slight contact took Vanthoor out of contention.

The Belgian eX Prix was a huge disappointment for Chris Overend. The handicapped driver had developed the dedicated setup for Spa and was well prepared for WRT’s home race. Unfortunately, a disconnect before the start of Semi Final 2 meant Overend could not participate in the race. Find out more about Chris on YouTube.

Congratulations to our good old friend Mattias Ekström whose EKS team clinched the ETCR titles for CUPRA in the finale at the Sachsenring. And of course EKS has a cool clip ready celebrating their success: https://youtu.be/juU4zi2bYU8

DTM showcased the latest evolution of their DTM Electric project at the Red Bull Ring. Sophia Flörsch was at the wheel of the concept car which was fitted with a new sound system developed by Schaeffler. DTM Electric is set to be launched in 2024.

The ERA Championship has launched the ERA Next Gen Racer competition. Drivers booking a testing session could win a scholarship seat worth 150,000 Euros. The selected winner will receive the use of an ERA race car and entry to pre-season testing and all rounds in the 2023 ERA Series Europe.

The Renault 5 Turbo and Turbo 2 were stunning race and rally cars. Celebrating 50 years of RS, Renault has created a Turbo tribute. The Renault 5 Turbo 3E creates awareness for the new electric R5 which has been announced last year.

The organisers of the Le Mans 24 Hours have announced to target carbon neutrality by 2030 with the aim of reducing emissions by 30%. The project is known as Race to 2030. It includes renewable fuels, a reduction of tyre carbon emissions and hydrogen technology.

All the best! Stay safe and don’t waste energy!