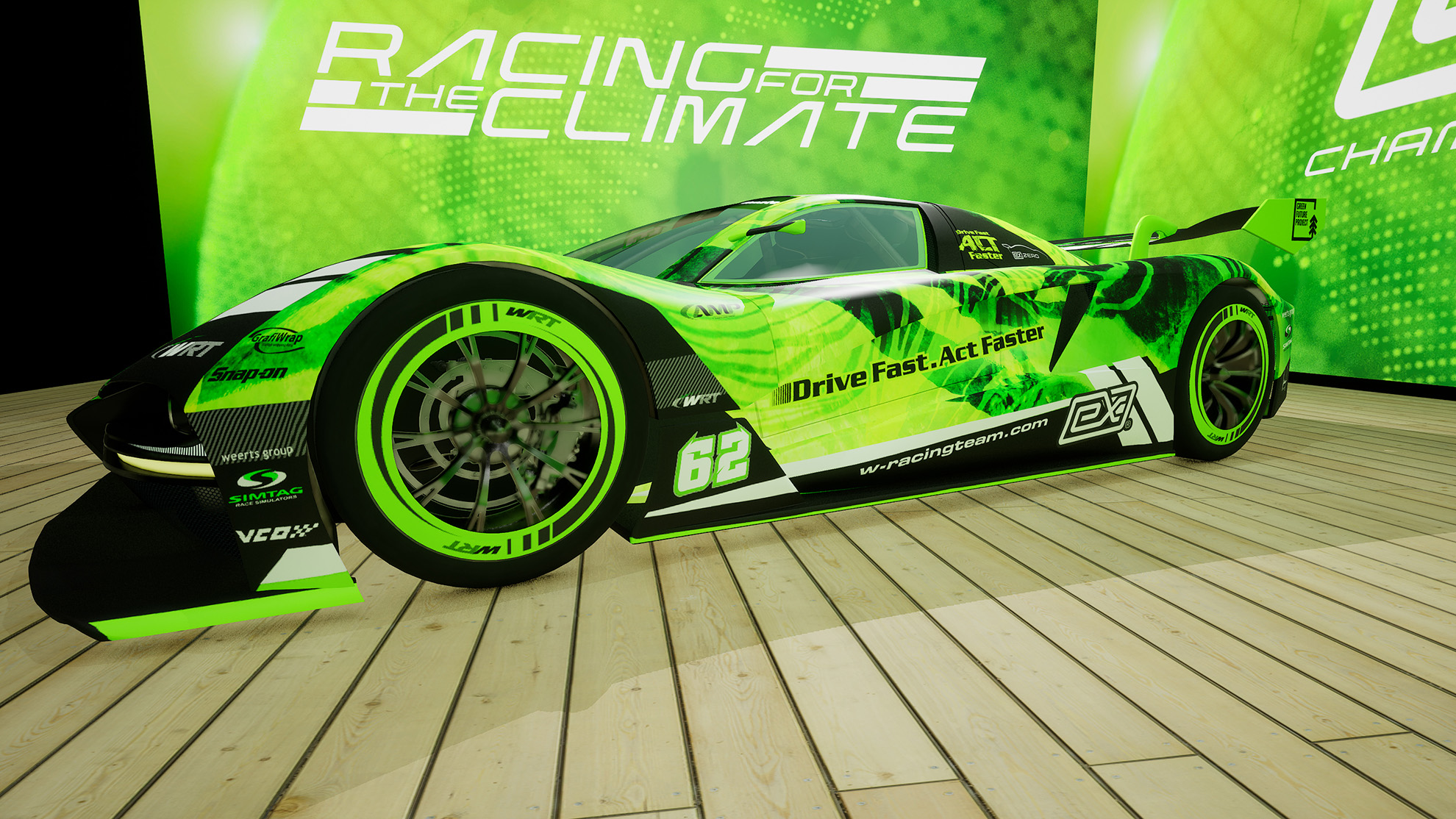 It’s almost time for the Belgian eX Prix presented by Esports Team WRT supporting Drive Fast, Act Faster this coming Tuesday. I’m pretty sure we’ll see thrilling esports racing on one of the world’s most fascinating race tracks while also putting focus on the fight against the climate crisis.

WRT is the host team of the Belgian eX Prix this Tuesday and Vincent Vosse’s team has created a stunning art car which will be driven by Dries Vanthoor who just clinched the Fanatec GT World Challenge Europe Sprint Cup title in the real world at Valencia. WRT also clinched the teams’ championship. Congratulations to Dries and WRT! The No. 62 WRT eX ZERO will be promoting Drive Fast, Act Faster, a sustainability program in motorsport launched by WRT driver Ferdinand Habsburg. One thing is clear: The striking livery created by Vanuf Art Design will definitely create awareness.

WRT is leading the World eX Championship before Spa with their No. 31 esports entry. Why the car has been nicknamed “Walter” is still a secret.

WRT driver Devin Braune could make it three in a row on Tuesday following his recent victories at Maastricht and Sepang. It would be a first in the World eX Championship as no driver was able to win three consecutive eX Prixs to date.

Devin Braune‘s teammate Chris Overend is driving his eX ZERO only with his hands. The handicapped pro racer was in charge of the dedicated setup which has to be used by all drivers at Spa. He tried to deliver a setup which will suit both permanent WRT drivers. If you want to jump on board of Overend’s eX ZERO for a lap around Spa: here you go!

Season 5 of our networking esports racing series World eX Bizz started with two action-packed races at Suzuka. We are happy to welcome Team Brit to the series proving yet again esports racing can be inclusive. Two guest drivers from the World eX Championship won the two races but they had to fight hard for their victories. Race Report

Congratulations to Nico Müller! The NIANCO Team Principal and World eX driver will not only race in Formula E for ABT Sportsline next year. The Swiss will also compete in the World Endurance Championship (WEC) and the Le Mans 24 Hours for Peugeot Sport with a hybrid racer. Quite a busy schedule for Nico next year! We fear he will not be able to race in many eX Prixs next season, but maybe he can ask his new team to design a Peugeot eX for NIANCO esports.

Volkswagen has launched a performance-enhanced version of its ID.4 called ID.EXTREME. I guess it’s only a coincidence it almost sounds like “Extreme E”, the all-electric SUV racing series created by Formula E founder Alejandro Agag.

Japan has been a pioneer in hybrid cars but has fallen behind in the sector of fully electric cars. This could change as Nissan and Mitsubishi started selling their first all-electric cars for the kei category which is very popular in Japan. Small electric cars have also reached high numbers in China.