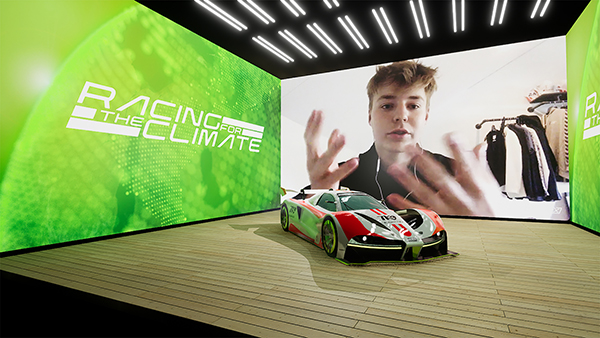 We are getting closer to the French eX Prix at Le Mans on June 28 which will be presented by Tom Kristensen’s esports racing team TK9 E-SPeeD. I had the opportunity to talk to Tom’s nephew Oskar, who started racing for TK9 this season in World eX. The full interview is available on YouTube where you can also watch an interesting new video about #racingfortheclimate produced by Williams Esports.

Will Oskar Kristensen become Denmark’s next racing hero? The 16-year-old has already won back-to-back titles in the Nordic and Danish Karting Championships. His father was racing, his grandpa too – and we all know how successful his uncle Tom Kristensen has been (not only at Le Mans). Oskar is definitely a young man to watch, not only in the World eX Championship. Full interview

The new Gen3 Formula E car will make its competitive debut at the 2022 Goodwood Festival of Speed. Former F1 driver Nick Heidfeld will be at the wheel of Mahindra’s new M9Electro. The Gen3 model is the world’s most efficient race car, generating 40% of the power it uses during a race through regenerative braking.

Congratulations to NIANCO esports Team Principal Nico Müller and Dev Gore who recently enjoyed competing in the US eX Prix at Daytona as a guest driver. Both scored second places in the DTM races at Imola last weekend. Gore became the first American in the history of the series to achieve a podium result.

Ferrari has announced its first fully electric car will be unveiled in 2025. Ferrari says it will be a true Ferrari, ensuring it stands out in engine power density, weight, sound and driving emotions. By 2030, Ferrari is targeting an offering composed 40% hybrid and 40% full electric cars.

Mercedes recently made headlines with an electric concept car driving more than 1,000 kms without recharging. BMW is working on a similar range in a joint project with Our Next Energy (ONE). ONE’s unique long-range Gemini technology reduces lithium use by 20% while reducing graphite use by 60% and minimizing the use of nickel and cobalt. ONE claims it is creating a more sustainable energy storage technology that can significantly reduce environmental impact.

Williams Racing produced a beautiful film explaining what #racingfortheclimate is all about. Formula 1 driver Nicolas Latifi talked with 2021 World eX Drivers’ World Champion Martin Štefanko about the purpose and the competitiveness of World eX and how a climate-protection project close to Williams Racing benefitted from Štefanko winning the Season 1 title.

World eX Bizz has shifted its weekly test and networking evenings from Monday to Tuesday, starting at 18:00 UTC. Berlin, Fuji, Kyalami, Interlagos, Sebring and Silverstone are the first tracks to be tested for a potential inclusion on the Season 5 schedule. World eX Bizz is open to business people (and their family members) working in motorsports, esports racing, the automotive industry, clean energy and climate protection.

Our slot racing activities will resume on August 13/14 with the 29th running of the #RCCO24 race at BILSTER BERG. Six teams will compete in the 24-hour race using 1/24 replicas of our eX ZERO. Each team will have four to five drivers including some popular names from “real-world” racing and esports racing.