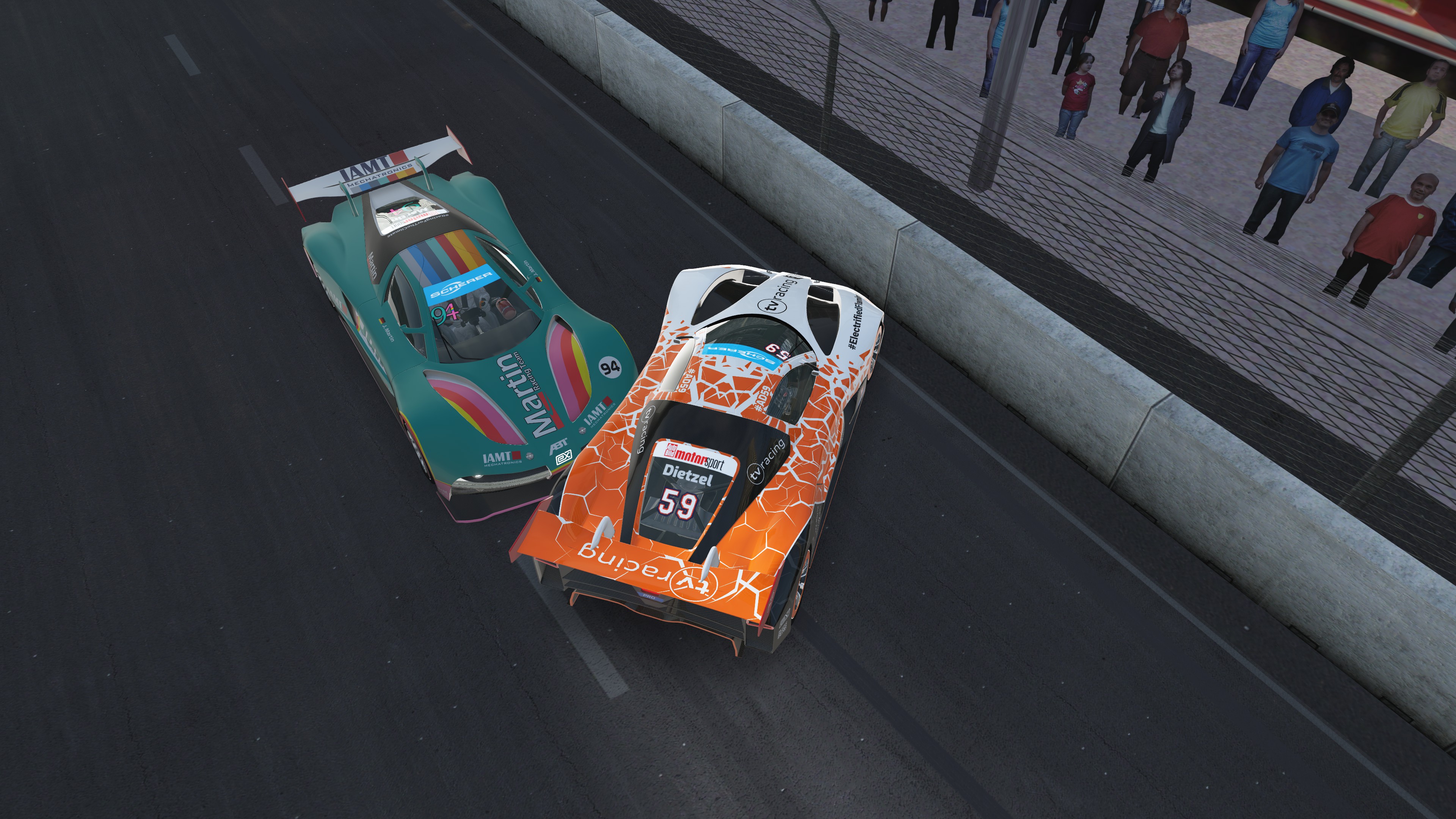 The all-electric networking series headed to Monza for the last two regular races followed by the title-deciding Super Final in the streets of Surfers Paradise.

Prior to Monza, automotive engineer and defending Champion Julius Martin (Martin Racing Team) was leading the championship by just three points ahead of tv racing’s Andre Dietzel who works for Volkswagen Communications in his real life.

Martin had been the pace setter in testing on the highspeed track, but it was his rival who secured the extra point for qualifying on pole position, reducing the gap to two points.

And things got even worse for the championship leader when Martin was tapped into a spin by former Champion Michael Niemas (NReSports) on lap 1 of Race 1.

Martin recovered to 5th from the back of the field, while Dietzel took an easy win which put him back into the championship lead.

Things completely turned around again in Race 2 when Dietzel made a mistake on Lap 1 crashing into the eX ZERO of motorsport photographer Bodo Kräling (bspowersports).

Dietzel recoverd to fourth, which, however, was not enough to retain the championship lead. The two extra points for recording the fastest lap in both races handed the pole position Super Final pole to Julius Martin.

The fascinating battle of the two titans continued in Surfers Paradise.

Andre Dietzel proved that overtaking us possible with the eX ZERO on city street circuits, surprising his rival with a bold move on the outside on lap 1.

Martin increased the pressure on Dietzel until the pair eventually collided on lap 3 of 10, deemed as a “racing incident” by Race Control.

It was instant game over for Dietzel, who finished as a runner-up in the Championship for a third consecutive time, while Martin cruised home to successfully defend his Season 3 title.

“It was not the Super Final I hoped for, even if I have won,” said the Champion after crossing the finish line. “It was a great season. A lot of fun. 800 electric horsepower made a lot of fun. The tracks were amazing, especially the Super Final in Surfers Paradise. A special moment was the double victory with (my brother) Markus in Monza. I’m already looking forward to the next season.”

“It’s kind of hattrick for me to become runner up for the third time,” said Dietzel. “The final was different to what we probably all expected a bit, but Julius is a deserved champion. To be very honest, I had not the biggest hopes for the last event, but I surprisingly took the pole in Monza. First Julius had some problems and then things turned around. I think it was a great show.”

The battle for the AM title was not less thrilling with NReSports’ Stefan Waschow being under pressure from Julius Martin’s brother and teammate Markus until the very end of an exciting season.