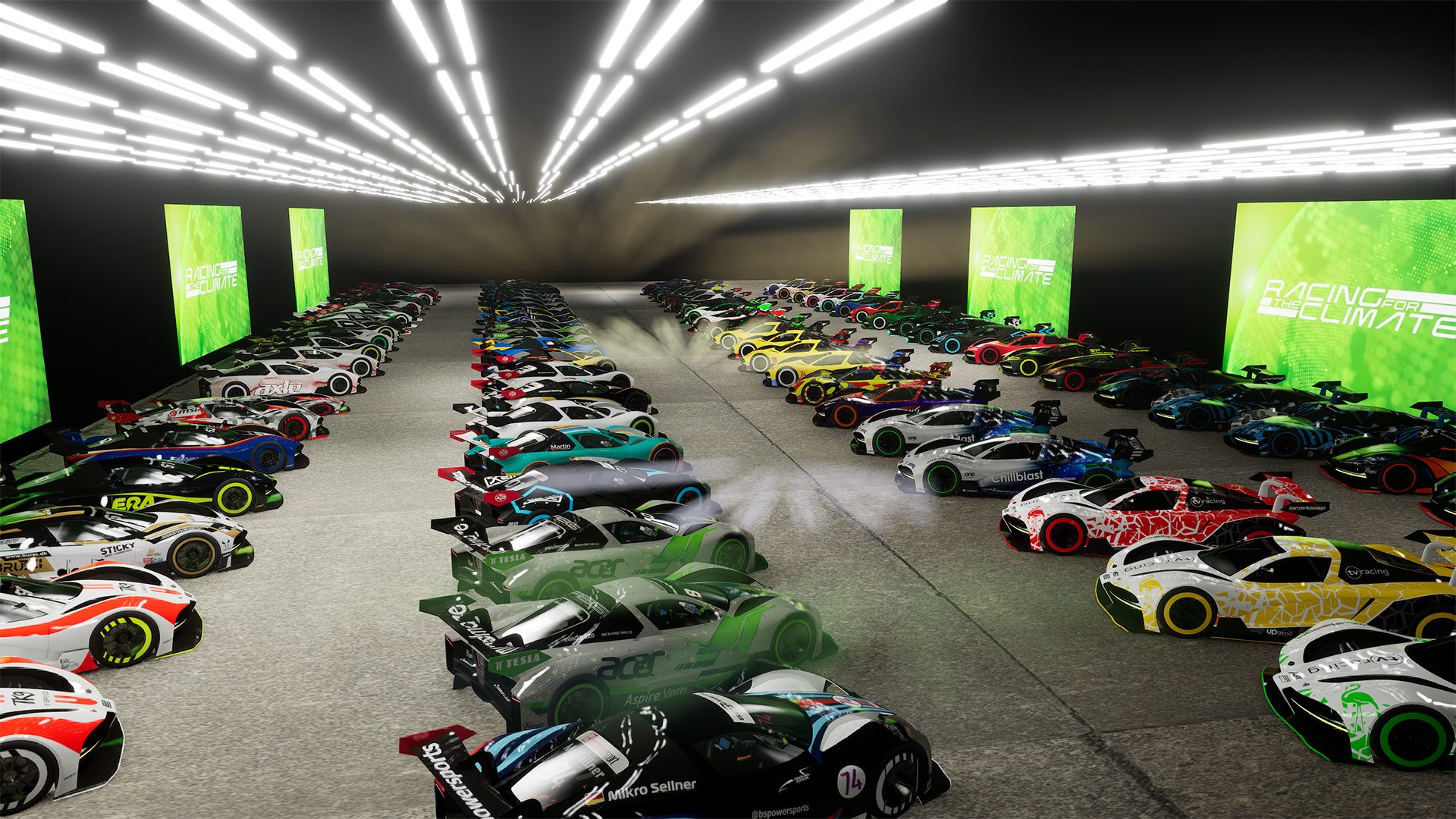 Waiting to be minted

Wow, what a week for clean energy and #racingfortheclimate! The European Parliament voted to ban combustion engine cars from 2035. The final legal text still needs to be signed off, but it is looking more and more likely to happen. Lightyear couldn’t have chosen a better date to launch the world’s first production-ready solar car while the stunning City Transformer can now be pre-ordered. The first Gen3 Formula E cars had their rollouts while the STCC will become the first all-electric national touring car championship. World eX will put clean energy and clever future mobility even more into the spotlight in the coming weeks.

We’ve been brave enough to create our very own digital all-electric hypercar, the eX ZERO. “Zero” stands for zero emission. The eX ZERO has two electric motors generating a 1,000 hp from a 85 kWh battery which currently is good for 15 minutes of flat-out, electrifying racing. Right now, the eX ZERO is exclusively available on rFactor 2, but we are open to other platforms and manufacturers designing their own eX prototypes. And we will soon be entering the world of NFT’s and crypto. Our officially licensed cars will become digital collectibles. 83 have been created so far, all of them licensed with a unique chassis number. You can track them now on our website and learn more about their history and their digital ownership. It’s been pretty cool to put them all together for a group picture.

We are proud to have Tom Kristensen in World eX as a Team Principal with his very own Danish esports racing team TK9 E-SPeeD. Tom obviously was very busy this week at Le Mans but still found some time to create some cool content for the upcoming #frenchexprix at Le Mans on June 28. And it’s fantastic news that the 9-time Le Mans winner has been chosen as the ambassador for the centenary of the 24 Hours of Le Mans in 2023. He will get a lot of new opportunities to also promote #worldex and #racingforthecliamte all around the world.

I’ve always been a huge fan of tin-top racing, mainly DTM, BTCC and STCC. The latter just announced to become the first national touring car championship in the world to switch to electric power as early as 2023. The new electric STCC cars will be based on production models with 550 hp electric engines and rear wheel drive. The Tesla Model 3 has been the first car to be unveiled. Switching to electric power allowed the STCC organisers to add a new city street race in Helsingborg which will see head-to-head races like in the World eX Finals.

Porsche and Jaguar became the first Formula E teams to rollout their new Gen3 cars. The new cars will be used in Season 9 of the ABB FIA Formula E World Championship from Season 9. The Gen3 car has front and rear powertrains for the first time innthe history of the forward-thinking series with a total of 600 kW.

The Hypercar category is creating a lot of buzz with more and more manufacturers building new cars for prototype racing including Ferrari, Lamborghini, Peugeot and BMW. The ACO, however, has a big task as the Hypercar category still relies very much on internal combustion engines which are on the verge to be banned in Europe from 2035. The ACO is promoting electric-hydrogen since quite some time and their MissionH24 prototype set a speed record of 290,8 km/h on the Les Hunaudières straight last Wednesday. While battery-electric seems the way to go for future road cars, electric-hydrogen might well be the long-term future for endurance racing.

The production-ready Lightyear 0 was officially unveiled last Thursday. The solar-electric car offers a stunning range of 625 km, also helped by a cd-value of less than 0.19. Lightyear claims the car uses only 10.5 kWh/100 km which is almost the half of today’s standard electric cars. It can add up to 70 km per day with solar charging. Production starts in fall with the first cars reaching their drivers in November.

Tel Aviv-based startup City Tansformer has developed the world’s first foldable microcar. The CT-1 can reduce its width and the startup says four city transformers can park in one standard sparking space. The microcar can now be pre-ordered. Shipping is planned for late 2024.

CUPRA has unveiled the concept of their UrbanRebel which is set to hit the market in 2025. The Spanish brand says their urban electric car is the biggest project for the company in the coming years. The 166 kW front-wheel drive car is 4.03m long and based on Volkswagen’s new MEB small platform which will allow to build affordable small electric cars.

Car brands are currently spending a lot of money developing their own new software platforms following a path laid by Tesla. This could become partly redundant after Apple shared their latest version of CarPlay at their WWDC 2022 developer conference. Arriving in 2023, CarPlay will act like an operating system for vehicles. It will take over the car’s instrument cluster and what Apple revealed looks quite impressive and appealing.

German Federal Government has launched the campaign “80 million together for the energy transition”, asking Germany’s population to save energy. The government will use advertising, telephone hotlines, advisory services and events to advise its population on how to save energy. Germany seeks to become indepent from Russian gas and oil supplies.

Season 4 of our networking esports racing series World eX Bizz is coming to an end on Monday. Automotive engineer, World eX Race Director and defending Champion Julius Martin (“The Hunted”) is leading the standings just three points ahead of Andre Dietzel from Volkswagen Communications. More points are up for grabs in two rounds at Monza before the title-deciding Super Final in the streets of Surfers Paradise.

VCO’s Florian Haasper was scheduled to race in World eX Bizz on Monday. However, Florian is still recovering from an illness and is spending some days with his family in Italy. He will join World eX Bizz and our World eX Bizz Talk in Season 5. “Electric Renegade” Ellis Spiezia had also to delay his World eX Bizz debut following a crash in electric kart racing. We are wishing both a speedy recovery!