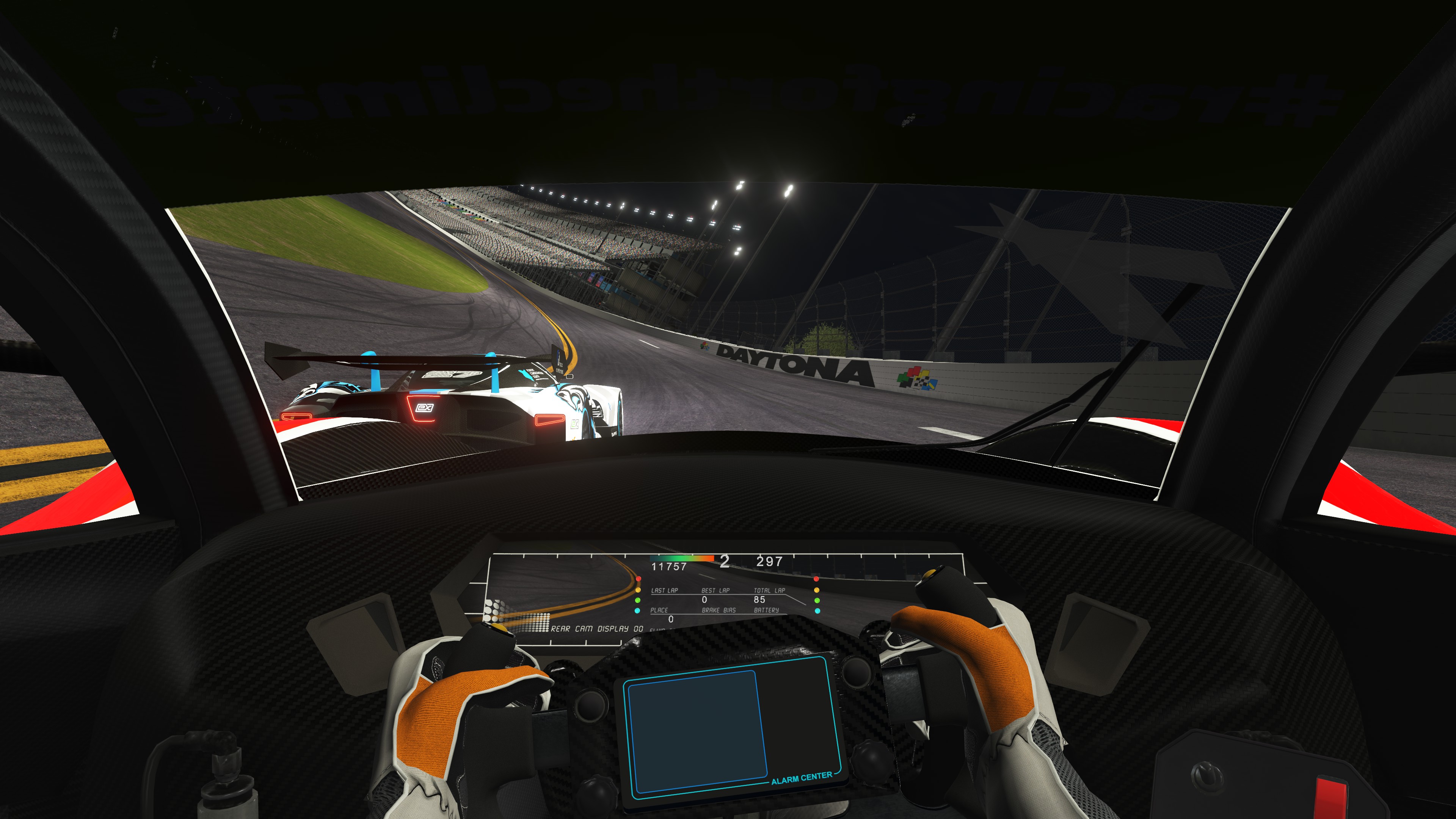 Oh, what a night!

I’m still overwhelmed by the stunning and electrifying race action the HAGERTY US eX Prix provided last Tuesday night at Daytona International Speedway. World eX wants to showcase how cool and emotional electric racing can be, and this was exactly the case at Daytona. We are proud to have such cool teams and drivers who are delivering stunning racing every month. I can’t wait for the next eX Prix at Le Mans on June 28!

He did it again! Lasse Sørensen won the HAGERTY US eX Prix at Daytona, scoring a record fifth victory in the all-electric virtual World eX Championship for Tom Kristensen’s esports racing team TK9 E-SPeeD. Intensive slipstreaming provided action-packed racing under the floodlights at Daytona and proofed to be the decisive factor also in the race-deciding Final when Sørensen used the slipstream to his advantage, passing Alen Terzic’s eX ZERO on the finish straight. It was kind of a déjà-vu for Terzic who lost the victory in last year’s US eX Prix at Sebring after being tapped from behind by Sørensen going into the final corner ...

Despite being defeated for a third time in a World eX Final by Lasse Sørensen, Alen Terzic and BS+COMPETITION had a reason to be happy: All cars finishing first and second in one of this year’s nine eX Prixs will be qualified for the World Championship deciding Super Final on the Nürburgring-Nordschleife on December 13. Terzic’s #27 “ZEBRAlen” became the third car after ACER VERO R8G’s #88 “Vero 88” and TK9 E-SPeeD’s #7 “Danish Dynamite” to make the cut. >> Standings

Patrick Long Esports was a brilliant Host Team for the HAGERTY US eX Prix at Daytona. The US team signed American DTM driver Dev Gore as a wild card driver and worked out a quite unique dedicated setup which made the 1,000-hp eX ZERO quite nervous, causing a lot of mistakes and spins which eventually helped to spice up the race action. And we like to hear that Team Principal and “real world” sports car ace Patrick Long is getting prepared to drive our eX ZERO himself very soon. >> A lap at Daytona with Patrick Long

Dev Gore got a late call to drive Patrick Long Esports’ third car at Daytona. The black eX ZERO with chassis number eX0.083 was nicknamed “Toothless”, inspired by a character from “How to train a dragon”. The American DTM driver had a lot of fun at his World eX debut despite crashing out of Semi Final 1 and making his poor car literally toothless ...

We’ve added Luisa Skottke and Martin Kummerow as hosts to our World eX broadcast team. Kummerow has a background in Rallycross and very much likes World eX has some adopted some elements from his beloved sport. And we just love Martin’s style who labelled TK9 E-SPeeD and Daytona winner Lasse Sørensen “We are red, we are white, we are Danish Dynamite”. Welcome to virtual racing and to our metaverse of clean energy, Martin and Luisa!

While Audi celebrated its sixth victory in the Nürburgring 24 Hours last week, journalists at the event started to ask questions about the future of Audi Sport customer racing as the brand with the four rings has stated that it will only be launching new models with electric drive systems onto the global market by 2026. Head of Audi Sport customer racing Chris Reinke revealed to “Sportscar 365” the current program is secure through at least 2024 while working on a strategy for the electric-only future of Audi.

Patrick Long confirmed in an interview with me during the HAGERTY US eX Prix that electric mobility is very much progressing in the United States. Buick has become the latest car manufacturer to commit to electrify its lineup, supporting General Motors’ vision of a zero-emissions, all-electric future. Buick’s future EV products will carry the Electra name. The brand also unveiled the Wildcat concept which would be a cool car for the World eX Championship.

The reborn DeLorean brand has published more pictures of its new electric sportscar and revealed it will be called “Alpha V”. The car will be officially launched at Pebble Beach on August 18 with the production starting in 2024.

Some of our World eX drivers and teams were able to test an early version of the new “Rennsport” simulation at the Rennsport Summit in Munich. We are pleased to see Rennsport is adding electrical cars to its game right from the start with the all-electric Porsche Mission R being the first one.

All World eX teams are promoting a different climate protection project since Season 2. Patrick Long Esports has chosen Conservation International which has a long history in climate protection and regularly publishes interesting content. Did you know a new study found that rising temperatures are actually disrupting our sleep at night?

Season 4 of “World eX Bizz” is coming to an end on June 13. Two races at Monza will be followed by the championship-deciding Super Final on the streets of Surfers Paradise. VCO’s Florian Haasper will join our networking esports racing series as a wildcard driver and also be a guest the World eX Bizz Talk.