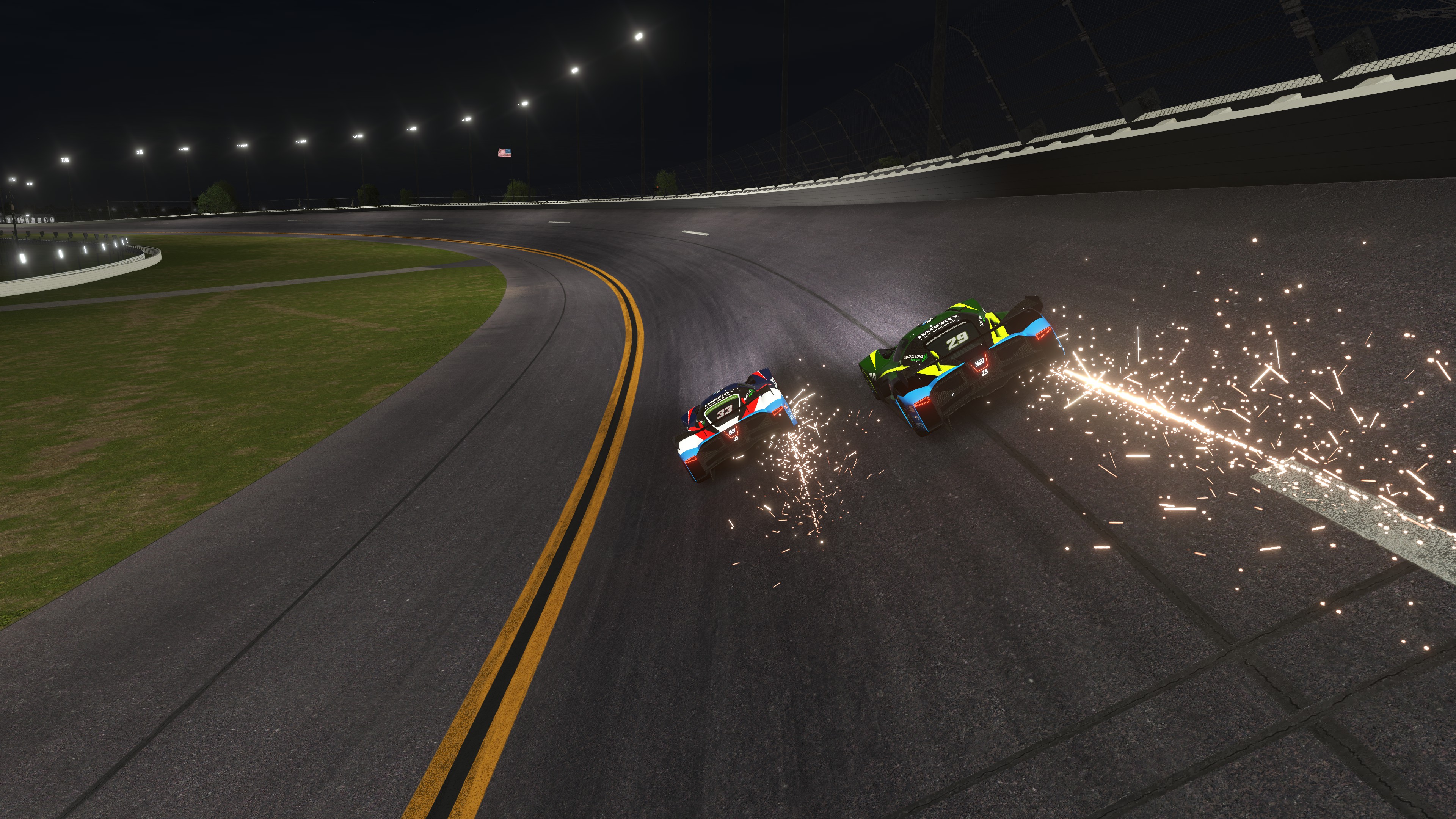 Patrick Long Esports is the Host Team of the HAGERTY #usexprix and has been very active in promoting their home event. Team Principal and former sports car ace Patrick Long provided a lap around Daytona. “There will be an amazing amount of slipstreaming,” says Long. “It’s gone to be a great battle and I can’t wait to watch the guys.”

As the Host Team of the HAGERTY #usexprix, Patrick Long Esports is entitled to enter two additional cars with special liveries. American DTM driver Dev Gore will join the American team racing a black eX ZERO nicknamed “Toothless”. The character from “How to train a dragon” is also the nickname of Dev’s DTM car in the real world.

Two cars are already qualified for the 2022 World eX Super Final on the Nürburgring-Nordschleife on December 13: “VERO 88”, the ESPORTS entry of Romain Grosjean’s ACER VERO R8G team, and “Danish Dynamite”, the PRO entry of Tom Kristensen’s TK9 E-SPeeD outfit. Remember: Only those cars reaching the final of one of the nine eX Prixs will qualify for the World Championship deciding Super Final. results.rcco.ag

Congratulations to Williams Esports World eX Team Principal and PRO driver Bruno Senna who got engaged to his fiancée Ludovica in Barcelona. The wedding will be next year. The whole World eX family is wishing the coupe all the best – and we can’t wait to see you back at the wheel of your eX ZERO, Bruno!

Some of our regular World eX drivers and teams got a first taste of the new “Rennsport” simulation at the “Rennsport Summit” in Munich. It’s great to see a new player on the market with some fresh ideas and a different approach.

2022 “Super Sunday” is in the books, with the Indy 500, the Monaco Formula 1 Grand Prix and the Nürburgring 24 Hours all happening on the same day. We are feeling really sorry for ACER VERO R8G Team Principal Romain Grosjean who crashed out of his first Indy 500 while we’ve been pleased to see three drivers with World eX experience winning the Nürburgring 24 Hours. Huge congratulations to Kelvin van der Linde, Dries Vanthoor and Robin Frijns – and also to RCCO partner Scherer Sport!

“Star Wars” was one of the first movies I saw in a cinema when I was young and I really fell in love R2-D2 and C-3PO. It’s so cute to see those two in a Volkswagen commercial promoting the all-electric ID.Buzz.

I’m deeply impressed by the concept of the Dutch start-up Squad which has developed a “Solar City Car”. The tiny Squad automatically charges its batteries with solar energy from the solar panel on its own roof. It can charge up to 20 km per day in Europe, while Squad claims the average micro car usage is around 12 km per day. The micro car will cost just little over 6,000 Euro. CEO of Squad is Robert Hoevers, former manager at A1GP Netherlands and one of the initiators of the FIA Formula E.

Sebastian Vettel has publicly questioned whether Formula 1 is on the right patch in keeping its turbo hybrid engines. Talking to the BBC, Vettel expressed the opinion that the most efficient engines in the world do not contribute to the development of future road cars.

Testing has started for the final round of the World eX Bizz season on June 13. Two more regular races at Monza will be followed by the Super Final in the streets of Surfers Paradise with the Championship leader starting from pole position. First test sessions have proved – surprise, surprise – that overtaking will be almost impossible with the eX ZERO in Surfers Paradise but it’s also very easy to make a mistake on this track.

“Electric Renegade” Ellis Spiezia will soon join World eX Bizz as a driver. His mother and manager Michele has just started a podcast telling “TheWholeStory” about their fascinating journey.