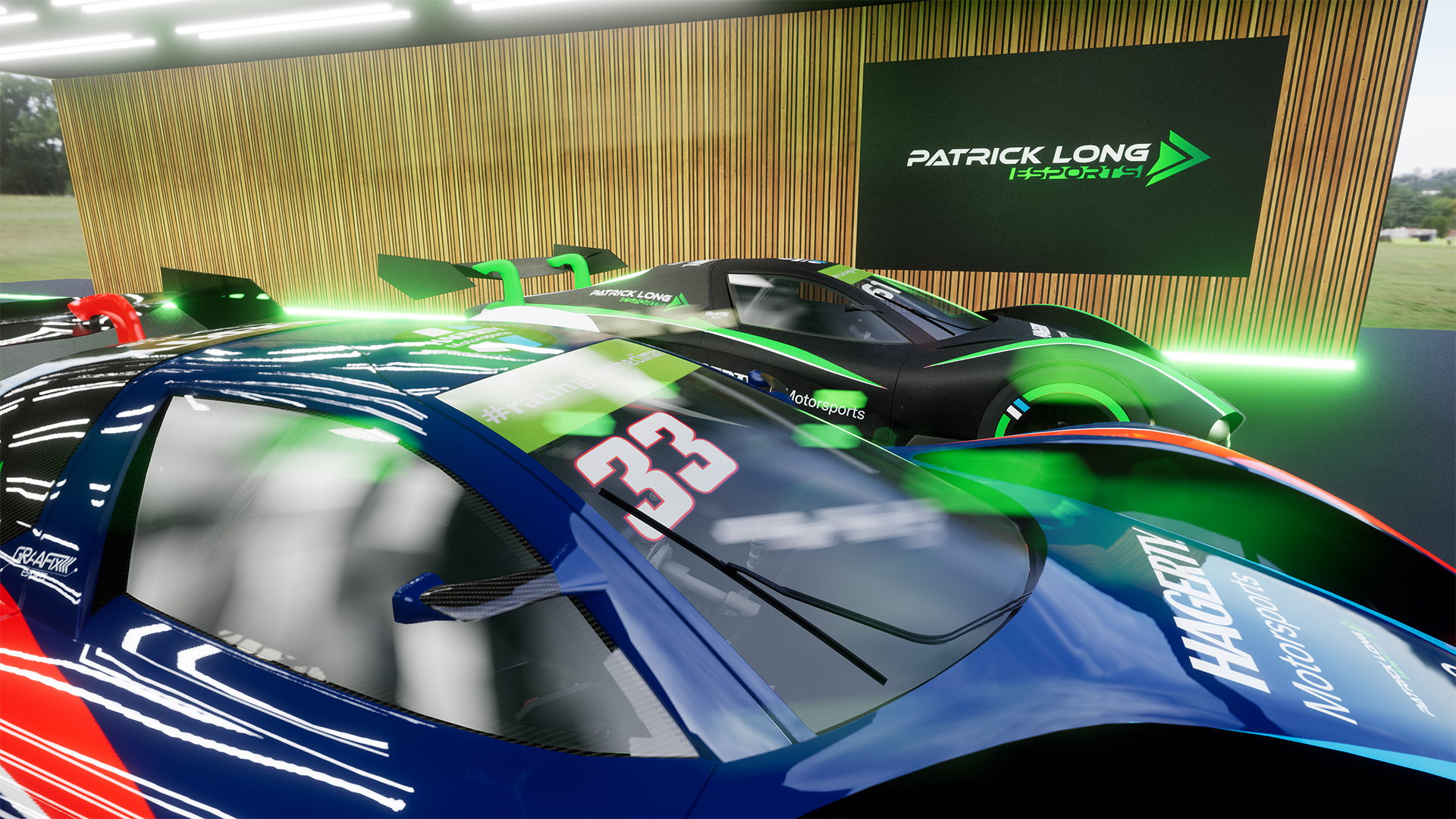 Patrick Long Esports is the host team of the HAGERTY #usexprix at Daytona Beach this coming Tuesday (May 31, 19:00 UTC). The only American team racing for the climate is set to compete in their home event with Florida-resident Henry Drury and 20-year-old Mechanical Engineering Student Rory MacDuff from Massachusetts. Both will be driving the team’s regular #29 and #33 eX ZERO prototypes, nicknamed “Liberty” and “Shamrock” – the latter a reference to the Irish roots of team founder Patrick Long who used to race with shamrock logos on his helmet during his successful racing career.

For their home event at Daytona, Patrick Long Esports have elected to add a third eX ZERO to their lineup, called “Toothless”.

Gore became only the second American ever to reach DTM last year and is the teammate of NIANCO Team Principal Nico Müller at Team Rosberg in DTM also in 2022. Müller told him about World eX and having started esports racing in 2020 and living a sustainable lifestyle, Dev became interested in World eX himself and immediately took the opportunity when Patrick Long Esports got in touch with him for the US eX Prix.

Gore is a perfect fit for World eX. Currently living in Heidelberg, Germany, close to the Hockenheim Grand Prix circuit and Team Rosberg‘s headquarters in Neustadt, the real world racing driver does not even own a car. “I’m only using a car when necessary,” he says. “I’m using alternative transportation methods when and wherever possible, often riding my bike to circuits or the team shop. It may take longer but you save time when your commute is now also your training session.”

Patrick Long Esports has chosen to support Conservation International through World eX, and the protection of our planet is also important to Gore: “Key point for me is sustainability. By using only sustainably sourced products you reduce the need for un-natural human alteration to products are their original eco systems. Sustainable agriculture is key.”

Dev Gore was born in Oklahoma City and started karting in 2010 before becoming a pro racing driver in 2019. Apart from racing in the real und unreal worlds he loves Golf, action Sports and Soccer.