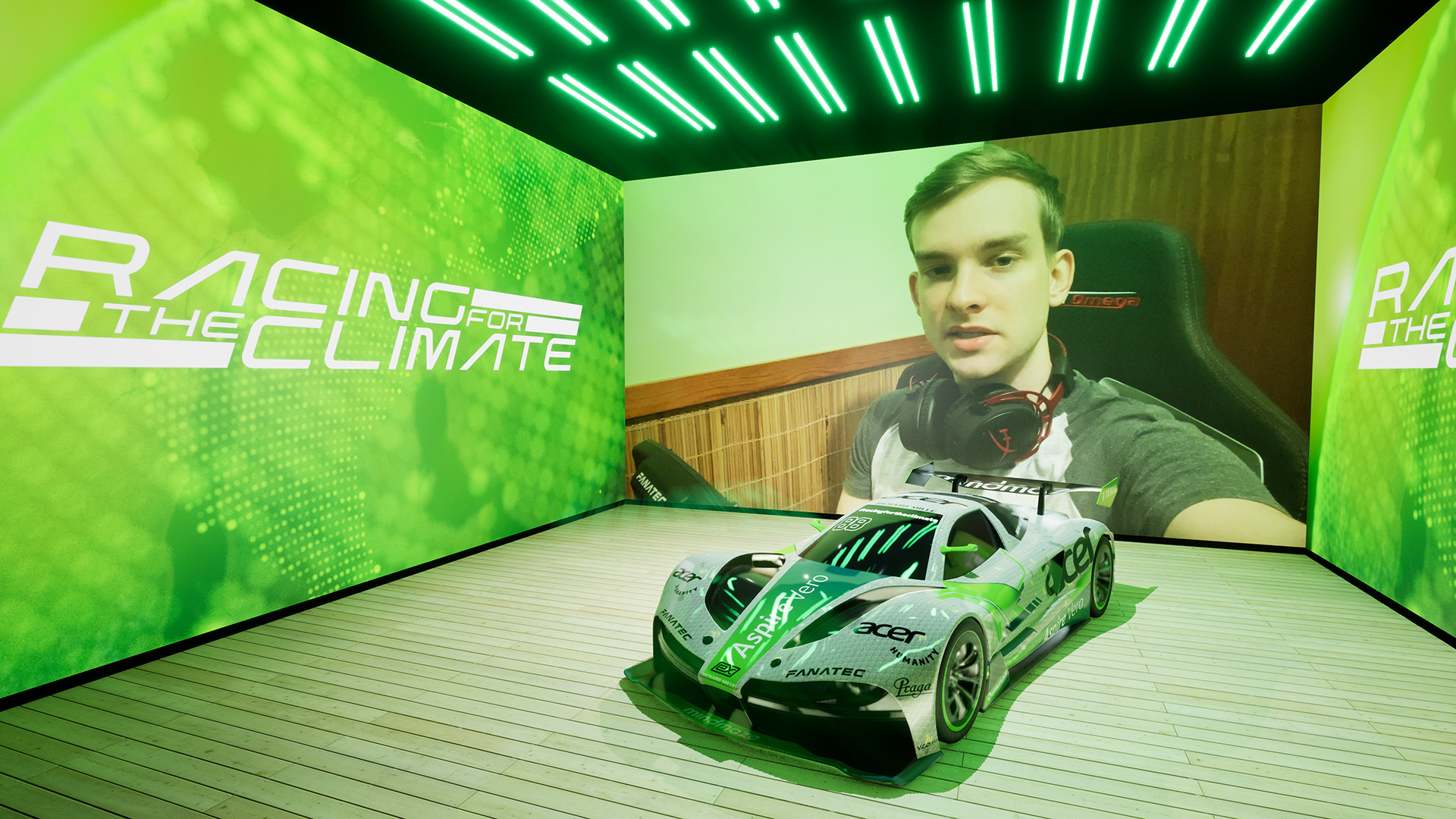 New kid on the block

Season 2 of the World eX Championship got finally underway with a thrilling eX Prix of Great Britain at Silverstone which was eventually won by ACER VERO R8G – the team of former Formula One driver and new IndyCar star Romain Grosjean. The French outfit has been rebranded from R8G to ACER VERO R8G for Season 2 as the team aims to promote Acer’s sustainable notebooks and the brand’s humanity program through our series, underlining the relevance of #racingfortheclimate and World eX.

The eX Prix of Great Britain presented by Williams Esports was the first World eX event with our new, compact race format. In 2022, a 20-minute Qualifying session is followed by two Quarter Finals, the Semi Final and the Final which pitches the best PRO and the best ESPORTS racer head-to-head in a 2-lap shoot-out. All cars reaching a Final during one of the nine eX Prixs will qualify for the World Championship-deciding Super Final on the Nürburgring-Nordschleife on December 13. The new format worked well, and we’ve seen some brilliant racing.

TK9 E-SPeeD’s Lasse Sørensen was the man to beat in the inaugural season of World eX in 2021, scoring four of ten possible outright victories. The Dane is right there also in Season 2 and he was the only one to challenge ‘new kid on the block’ Jiri Toman at Silverstone, but eventually had to be happy with second place behind the ACER VERO R8G driver after crashing out of the Final.
‍Full Race Report

Jori Toman had a perfect day at Silverstone, winning the eX Prix of Great Britain on his debut in the series, setting a new track record for eX prototypes in Qualifying, finishing first in all three races he competed in and also scoring the point for the fastest race lap, thus giving is “VERO 88” nick-named car the maximum points of 29 and the overall lead in the 2022 World eX Championship. Toman is a 24-year-old Czech from Ostrava who started esports racing back in 2014. He loves motorsport and cycling, and we will definitely find out more about this super-fast young man during this season.

Would you like to win tickets for the FUTURE MOVES summit at the famous OMR Festival in Hamburg, Germany on May 17, 2022 worth 499 Euros each including a Meet & Great with Audi factory driver and long-time RCCO friend Mattias Ekström? Here is your chance: Just create a special livery for our eX ZERO related to our motto #racingfortheclimate, post the livery on social media using the hashtags #worldex #unreal #designchallenge and send it to contact@rcco.ag. Stage 1 of the (Un)real Design Challenge ends on May 13.

World eX technology partner ABT Sportsline has officially applied to return to the ABB FIA Formula E World Championship in 2023 and enter two new-generation Gen3 cars as a customer team. ABT was already part of the Formula E family for the first seven years and is still the most successful team in the all-electric racing series.

Audi Sport has given international journalists the opportunity, to drive the Audi RS Q e-tron quattro which made its competitive debut at the Dakar Rally in January, impressing with four stage victories. In March, the car achieved its first overall victory at the Abu Dhabi Desert Challenge. The RS Q e-tron has an electric drivetrain with its batteries being charged by an energy converter while driving. The journalists were also able to ride the new Ducati DesertX motocycle which sported a livery inspired by the electric Dakar racer.

The eSkootr Championship has announced that Formula One driver Nico Hülkenberg will enter his very own race team into the inaugural season of the new series for electric scooters. Hulk’s team will be called 27X by Nico Hülkenberg.

World eX team WRT continues to impress in “real world” prototype racing. The Belgian team scored a 1-2 victory in the LMP2 class at their home event in the World Endurance Championship (WEC) at Spa. WRT will be the Host Team of the Belgian eX Prix at Spa on September 20, 2022.

World eX Bizz partner Scherer has launched an electric racing taxi in a joint-project with Getspeed and Schneider Electric, giving motorsport fans the opportunity to experience a lap on the legendary Nürburgring-Nordschleife on board of two Audi RS e-tron GT cars. The aim is to proof that electric mobility is not just something for everyday life, but also offers driving pleasure on the most challenging racetrack in the world.

This project is not completely new as it was already published at the end of 2020, but I’ve just learned about it and find it interesting enough to mention it. The German Aerospace Center (Deutsches Zentrum für Luft- und Raumfahrt; DLR) has developed a so called “Safe Light Regional Vehicle (SLRV)” which combines an ultra-lightweight concept with a small fuel cell, connected to a battery. SLRV estimates a purchase price of just 15,000 euros.

Absolute Racing used the buzz around the opening round of the 2022 World eX Championship and #racingfortheclimate to announce it will team up with Large Marine Vertebrates Research Institute Philippines (LAMAVE), a non-profit organisation dedicated to the research and conservation of marine megafauna and the marine environment in the Philippines. In Season 2 of the forward-thinking series, every team has to promote a climate preservation project.

NReSports driver Stefan Waschow scored his maiden win with the eX ZERO in Round 4 of the World eX Bizz networking esports series at Dubai. In Race 1, the automotive engineer produced a jump start, causing a drive-through penalty and a DNF. The AM driver used this to his advantage, starting the reversed-grid Race 2 from pole and keeping defending champion Julius Martin at bay in the closing stages. “The Hunted” scored a commanding victory in Race 1 and finished second in Race 2, taking the championship lead away from tv racing’s Andre Dietzel by just 3 points.
Highlights on YouTube

The final round of Season 4 of World eX Bizz has been moved by one week and will now take place on Monday, June 13. Two races at the Red Bull Ring will be followed by the title-deciding Super Final on the famous streets of Surfers Paradise in Australia. Like in the World eX Championship, the Bizz leader will start the Super Final from pole position. The winner of the race will be the Champion.