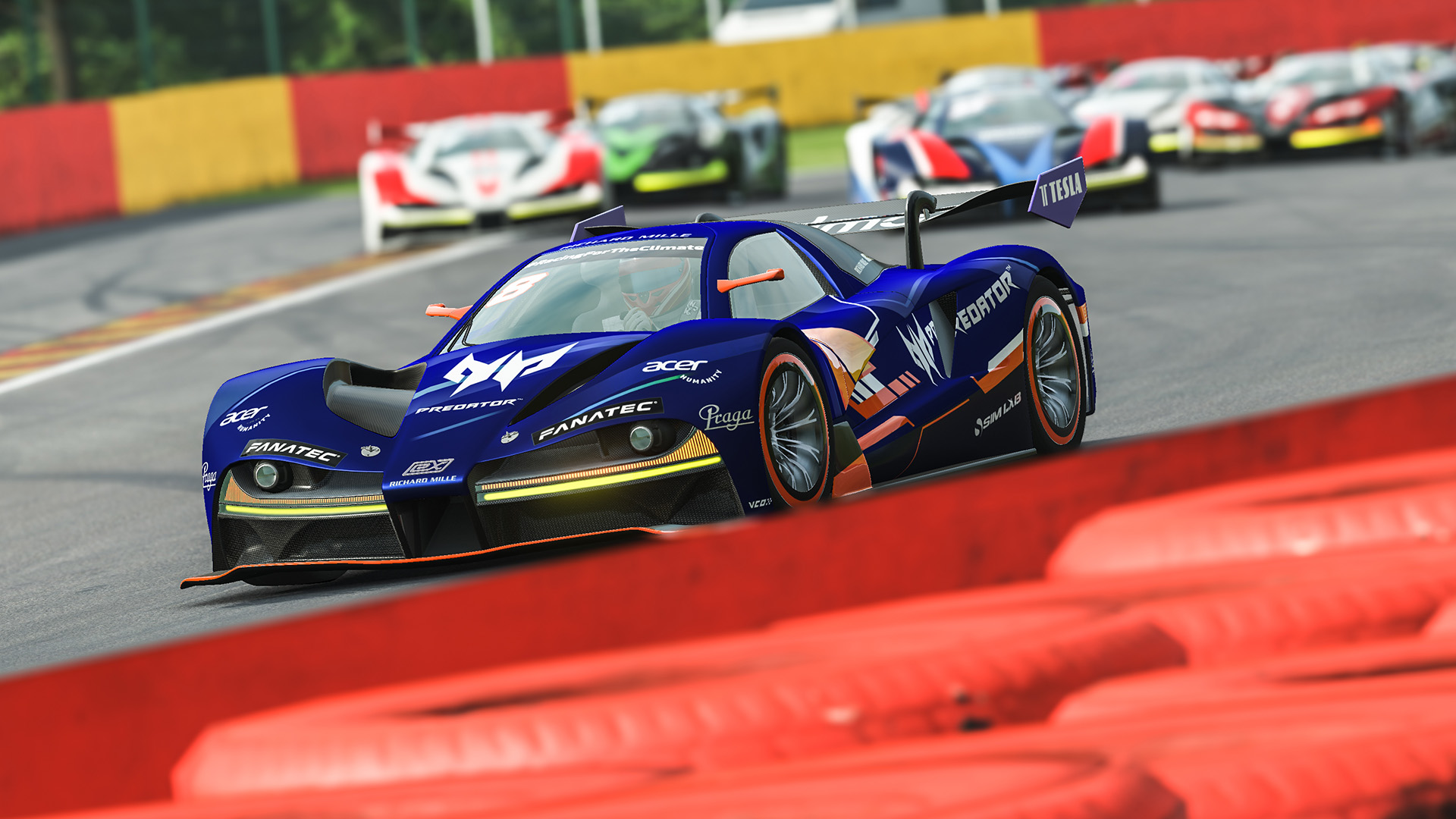 Romain Grosjean and R8G Esports became the first team to officially commit to World eX in 2020. Mike Rockenfeller got in touch with Grosjean through his then DTM teammate Loic Duval during the Belgian Formula One Grand Prix and Grosjean immediately said he would like to take part with R8G. The announcement was made in October 2020 and R8G provided its then typical livery for the first eX ZERO delivered to a team. Romain Grosjean himself race the car in the inaugural eX Prix of Great Britain in 2021 and later in the eX Prix of Belgium. The eX0.003 was also part of the first 1-2 victory of a team in World eX in the streets of Maastricht in 2021 driven by Gordon Mutch.